Paragraph C – Definitions of words and phrases used in Part 20 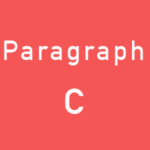 Below this the full legislation for Paragraph C.

“block of flats” means a building which is divided horizontally and consists of separate and self contained premises constructed for use for the purposes of a dwellinghouse, and any ancillary facilities constructed solely for use by occupiers of the building;

“defence asset” is a site identified on a safeguarding map provided to the local planning authority for the purposes of a direction made by the Secretary of State in exercise of the powers conferred by article 31(1) of the Procedure Order or any previous powers to the like effect;

“detached” means that the building does not share a party wall with a neighbouring building;

“flat” means a separate and self-contained premises constructed for use for the purposes of a dwellinghouse;

“footprint”, in relation to a building, means the total area of ground covered by it;

“habitable rooms” means any rooms used or intended to be used for sleeping or living which are not solely used for cooking purposes, but does not include bath or toilet facilities, service rooms, corridors, laundry rooms, hallways or utility rooms;

“principal part” means the main part of the building excluding any front, side or rear extension of a lower height, whether this forms part of the original building or a subsequent addition;

“purpose-built”, in relation to a building (whether a block of flats or a dwellinghouse), means built as such and remaining as such;

“technical sites” has the same meaning as in the Town and Country Planning (Safeguarded Aerodromes, Technical Sites and Military Explosives Storage Areas) Direction 2002.

“terrace building” means a building which is not detached.

(2) In Part 20 references to a “storey” do not include—
(a) any storey below ground level; or
(b) any accommodation within the roof of a building, whether comprising part of the original building or created by a subsequent addition or alteration,
and accordingly, references to an “additional storey” include a storey constructed in reliance on the permission granted by this Part which replaces accommodation within the roof of the existing building.