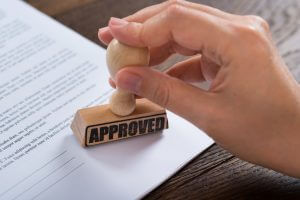 What is a Lawful Development Certificate?

A Lawful Development Certificate is a legal document issued by the local planning authority (LPA) that is generally used to regularise unauthorised development and prevent enforcement action being taken against any breach of planning policy or conditions. Importantly this is not retrospective planning permission.

The certificate establishes that an existing use, operation or activity named in it is lawful and as such cannot be enforced upon. This might be valuable in the event of selling the property, taking a mortgage on it. A common use might be to obtain a lawful development certificate after erecting an extension built under permitted development to prove that it is legal. Another common case is where a planning condition was never dealt with and so after 4 years action could no longer be taken by the local authority.

The final purpose is whether the proposed use or expansion of the building in the future will be legal and not require any further planning permission. So for example in a conservation area you might apply for a LDC before erecting an extension to ensure that the proposed scheme still falls under permitted development. Refusal does not mean that it is not possible, it just means that planning permission is required. You can also appeal against refusal to issue a LDC.

There are minimum time periods for eligibility depending on the type of development. Generally the period is 10 years for commercial and changes of use except in the case of a single dwelling house and then it is 4 years. The breach of planning must be continuous and current. You must prove the the time limits have been exceeded. This might be rental agreements, council tax, invoices from the works, dated photographs, leases, electoral roll, utility bills, accounts and more…..   The more evidence you have the better.

This is often confused and therefore it might be best to give a few examples:

Any current use of the building must be visible and in the open. There was a well publicised case of a farmer, Mr. Fidler (no I didn’t make the name up!) who built a large house behind an even larger stack of hay and then failed when he tried to use a lawful development certificate. It is important that you keep your property in open view at all times in order to qualify for a LDC.

*   Some local authorities will say that it is only 4 years to apply for a lawful development certificate for an HMO (C4). If this is the case, then not a problem. So as with anything seek guidance from the local authority as to what their criteria is at the time of your application. My view is that it ought to be 10 years. Appeals exist both ways.

Note that a lawful development certificate cannot be used in situations where breaches of listed building or conservation area controls may be alleged.

For further information you are welcome to consult the planning portal guidance or Government guidance on lawful development certificates.