Converting a pub to residential or other uses? 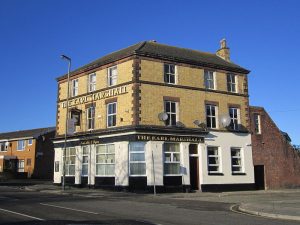 This is a bit of a rant as well as a useful reminder as to what you can and can’t do with a pub!

Regretfully some still teach that pubs can be converted from A4 to C3 this is not true. You can’t!   Mr Tesco put paid to that by converting lots of pubs to stores   /Rant over

When is a pub not a pub?

Eh? Let me take you back to April 2005. Tony Blair was Prime Minister. His government reorganised the catering use classes introducing a new Class A4 (Drinking Establishments) and Class A5 (hot food takeaway) expanding the previous A3 (Food and Drink) and as a result split Class A of the General Permitted Development Order 1995 creating Class AA in Part 3 of the Second Schedule. This gave permitted development rights to move from A4 to A3. Don’t confuse Class AA in the 1995 version of the GPDO to the Class AA of the 2015 version, they are different.

So what was Class A3 after the change? This was for establishments, some of which might still be called ‘Pubs’ to you and I that served both food and drink. It also obviously applied to the more traditional restaurant. The Use Class Order of 1987 (as amended) says ‘Use for the sale of food and drink for consumption on the premises’  Leaving Class A4 (UCO – Use as a public house, wine-bar or other drinking establishment) for drinking establishments that did not serve food or the food element was very restricted . A bag of crisps and a ham roll, probably put it firmly in Class A4, whereas more substantial meals would have moved it to A3, especially where it was not a requirement to purchase a drink in order to have a meal.

Without getting too technical, in the Office of the Deputy Prime Minister (ODPM) circular 03/2005 it states ‘This will depend on such matters as whether customers come primarily to eat, or drink, or both. It is the main purpose of that use that is to be considered.’ Therefore it is fair to argue that it would fall under Use Class A3 if the primary use is clearly “use for the sale of food and drink for consumption on the premises”  it is not just a case of deciding whether food makes up a large portion of the choice of patrons or a percentage of the turnover. It is what the clients go in there for. If it is both then it is A3. This is further backed up by the high court judgement in Main v. Secretary of State for the Environment (1999) 77P & CR 300. Think of the pub that was clearly promoting a Sunday lunch for example to give the cook of the household at least one day off!

Those pubs which only served drink could until 5th April 2015 move to Class A3 by starting to serve more substantial meals. After this date conditions were added to the GPDO requiring prior approval to go from A4 to A3, and then removed all together in 2017. Remember the use class is the last legal use of the building. There is no register of Use Classes and in situations where it is a permitted development right you move class by using the building for that new Use Class. In the case of A3 serving both food and drink for consumption on the premises. It does not say that it has to be in a separate ‘restaurant’ area or 50% of the revenue etc. and as explained above this is backed up by case law.

For pubs that are A4 and now decide to serve food then they use a new permitted development right to move to a drinking establishment with expand food provision. The simple fact that this permitted development has been brought in gives more weight to the argument that a lot of pubs that already served food have already moved to use class A3, this allows those drinking establishments who are still in A4 to start serving food. But you can’t go to A3. That route is now firmly closed.

So maybe we can thank Tony Blair after all!!

If you have established that your ‘pub’ is indeed A3 and you can prove that it served some nice meals before April 2015, then you can look at using Class A rights to move from Restaurant to a shop and then Class G to put two flats above your new shop. You would need to apply for planning to convert the shop to a residential unit.  See our sections on these two use classes. You can still use Class A and Class G in the countryside or conservation area.

Expect some opposition from the local authority and community who might incorrectly assume that all pubs are A4.

Check out our pages on Use Classes and changes of use to see what can be changed from what to what. Our conservation section may also be useful.