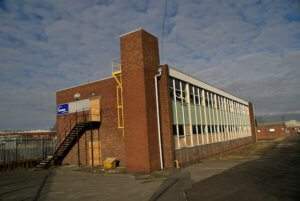 The new class allows for the demolition and construction of the new building including a basement or cellar. Importantly the footprint of the existing building must not exceed 1,000m², you cannot demolish part of a building or more than one building.

The maximum height of the old building including radio masts and antennae is 18m. The building must have been constructed on or before 31st December 1989.

The new building can have as many storeys as the old building plus two new ones in the airspace as long as the overall height is not increased by more than 7m or a maximum of 18m overall.

The new building or house will not benefit from Part 1 of the GPDO, development within the curtilage of a house.

Once complete you cannot change the single house or any of the flats in the block to C4 HMO using Class L. They must remain residential C3 unless full planning is obtained.

There are quite a few considerations that the local authority will need to consider as part of the prior approval for Class ZA.

These are transport & highways, air traffic and defence assets (if increasing in height), contamination, flood risk, external appearance, design of the new building, natural light in all habitable rooms, impacts of noise from any commercial premises on the intended occupiers, impact on increased residential user in the local area, impact on the development of heritage and archeology, landscaping, method of demolition,  impact upon amenity space of the existing building and neighbouring ones, overlooking/privacy/loss of light, impact on a protected view identified in the Directions Relating to Protected Vistas.

Class ZA requires a Prior Approval application to the local authority and will be decided within 8 weeks or 56 days. You will also need to submit a flood risk report if required and information on the various considerations that the local authority will need to consider listed above.

Also see the explanatory notes and in particular paragraphs 7.5 to 7.25.

ZA.2.—(1)Development under Class ZA is permitted subject to the following conditions.

(3) In sub-paragraph (1)(h), “commercial premises” means any premises in the surrounding area which are normally used for the purpose of any commercial or industrial undertaking which existed on the date of the application under sub-paragraph (2), and includes premises licensed under the Licensing Act 2003176 or any other place of public entertainment.

(4) When the developer applies under sub-paragraph (2), paragraph B (procedure for applications for prior approval under Part 20) applies to the application and the material covered by paragraph B(1A) to B(1C).

(5) Any development under Class ZA is permitted subject to the condition that it must be completed within a period of 3 years starting with the date prior approval is granted.

(7) The developer must notify the local planning authority of the completion of the development as soon as reasonably practicable after completion.

(8) The notification referred to in sub-paragraph (6) must be in writing and must include—
(a) the name of the developer;
(b) the address or location of the development; and
(c) the date of completion.