Class A – New flats on detached blocks of flats 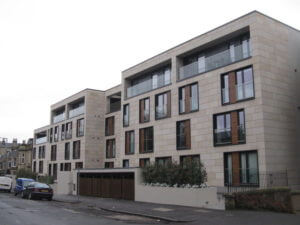 Class A was introduced in an update to the GPDO on June 25th 2020 and took effect from 1st August 2020. It allows for the construction of up to two additional floors on a purpose built detached block of flats. I.e the upwards extension of two storeys of residential flats on a current block within the airspace.

The flats must have been constructed between 1st July 1948 and 5th March 2018. This is not available  on conversions created under the GPDO Part 3 in Class M, Class N, Class O, Class P, Class PA or Class Q. In other words not a conversion unless full planning has been obtained and the works completed before 5th March 2018.

Importantly the new dwellings must be C3 flats only. They cannot be converted to HMOs using Class L. If you wish to move to an HMO full planning would be required.

The current block must be detached and so not connected to one or more other buildings, even if these are flats.  The current building must be at least three storeys high and by adding the new storeys you do not exceed 30 metres in height. Although plant and machinery may be higher than this.

There a few considerations that the local authority will need to consider as part of the prior approval. These are transport & highways, air traffic and defence assets, contamination, flood risk, external appearance, natural light in all habitable rooms, impact upon amenity space of the existing building and neighbouring ones, overlooking/privacy/loss of light, impact on a protected view identified in the Directions Relating to Protected Vistas.

Class A requires a Prior Approval application to the local authority and will be decided within 8 weeks or 56 days. You will need to supply floor plans, the number of dwellings and a list of addresses of all flats currently in the block. You will also need to submit a flood risk report if required and information on the various considerations that the local authority will need to consider.

Class A New dwellinghouses on detached blocks of flats

A.2.—
(1)   Where any development under Class A is proposed, development is permitted subject to the condition that before beginning the development, the developer must apply to the local planning authority for prior approval of the authority as to—
(a)transport and highways impacts of the development;
(b)air traffic and defence asset impacts of the development;
(c)contamination risks in relation to the building;
(d)flooding risks in relation to the building;
(e)the external appearance of the building;
(f)the provision of adequate natural light in all habitable rooms of the new dwellinghouses;
(g)impact on the amenity of the existing building and neighbouring premises including overlooking, privacy and the loss of light; and
(h)whether because of the siting of the building, the development will impact on a protected view identified in the Directions Relating to Protected Vistas dated 15 March 2012(1) issued by the Secretary of State,
and the provisions of paragraph B (prior approval) of this Part apply in relation to that application.

(2)   Any development under Class A is permitted subject to the condition that it must be completed within a period of 3 years starting with the date prior approval is granted.

(3)   Any development under Class A is permitted subject to the condition that before beginning the development, the developer must provide the local planning authority with a report for the management of the construction of the development, which sets out the proposed development hours of operation and how any adverse impact of noise, dust, vibration and traffic on occupiers of the building and adjoining owners or occupiers will be mitigated.

(4)   The developer must notify the local planning authority of the completion of the development as soon as reasonably practicable after completion.

(5) The notification referred to in sub-paragraph (4) must be in writing and must include—
(a)the name of the developer;
(b)the address or location of the development; and
(c)the date of completion.