Class B – agricultural development on units of less than 5 hectares

if you are involved in fish farming, then Class B gives permission to repair, dredge and replace equipment related to this process. 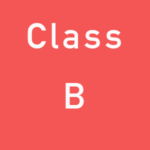 Paragraph D refers to agricultural land as land which, before development permitted by this Part is carried out, is land in use for agriculture and which is so used for the purposes of a trade or business, and excludes any dwellinghouse or garden;

The new building must be used for agriculture and cannot be a dwelling.

Paragraph D contains various other definitions for terms used in Classes A, B & C of Part 6 and should therefore be read in conjunction with this class.

Class B – agricultural development on units of less than 5 hectares

(b) the installation of additional or replacement plant or machinery;

(c) the provision, rearrangement or replacement of a sewer, main, pipe, cable or other apparatus;

(d) the provision, rearrangement or replacement of a private way;

(e) the provision of a hard surface;

(f) the deposit of waste; or

(g) the carrying out of any of the following operations in connection with fish farming, namely, repairing ponds and raceways; the installation of grading machinery, aeration equipment or flow meters and any associated channel; the dredging of ponds; and the replacement of tanks and nets,
where the development is reasonably necessary for the purposes of agriculture within the unit.

B.1 Development is not permitted by Class B if—
(a) the development would be carried out on a separate parcel of land forming part of the unit which is less than 0.4 hectares in area;

(b) the external appearance of the premises would be materially affected;

(c) any part of the development would be within 25 metres of a metalled part of a trunk road or classified road;

B.2 Development is not permitted by Class B(a) if—
(a) the height of any building would be increased;

(b) the cubic content of the original building would be increased by more than 20%;

(c) any part of any new building would be more than 30 metres from the original building;

(e) the development would involve the extension, alteration or provision of a dwelling;

(f) any part of the development would be carried out within 5 metres of any boundary of the unit; or

(g) the ground area of any building extended by virtue of Class B(a) would exceed 1,000 square metres.

B.3 Development is not permitted by Class B(b) if—
(a) the height of any additional plant or machinery within 3 kilometres of the perimeter of an aerodrome would exceed 3 metres;

(b) the height of any additional plant or machinery not within 3 kilometres of the perimeter of an aerodrome would exceed 12 metres;

(d) the area to be covered by the development would exceed 1,000 square metres calculated as described in paragraph D.1(2)(a) of this Part.

B.4 Development is not permitted by Class B(e) if the area to be covered by the development would exceed 1,000 square metres calculated as described in paragraph D.1(2)(a) of this Part.

B.5—(1) Development permitted by Class B and carried out within 400 metres of the curtilage of a protected building is subject to the condition that any building which is extended or altered, or any works resulting from the development, is not used for the accommodation of livestock except in the circumstances described in paragraph D.1(3) of this Part or for the storage of slurry or sewage sludge, for housing a biomass boiler or an anaerobic digestion system, for storage of fuel or waste from that boiler or system, or for housing a hydro-turbine.

(2) Development consisting of the extension or alteration of a building situated on article 2(4) land or the provision, rearrangement or replacement of a private way on such land is permitted subject to—
(a) the condition that the developer must, before beginning the development, apply to the local planning authority for a determination as to whether the prior approval of the authority will be required as to the siting, design and external appearance of the building as extended or altered or the siting and means of construction of the private way; and
(b) the conditions set out in paragraphs A.2(2)(ii) to (vi) of this Part.

(3) Development is permitted by Class B(f) subject to the following conditions—
(a) that waste materials are not brought on to the land from elsewhere for deposit unless they are for use in works described in Class B(a), (d) or (e) and are incorporated forthwith into the building or works in question; and
(b) that the height of the surface of the land will not be materially increased by the deposit.

(b) where an appeal has been made, under the Act, in relation to an application for development described in paragraph (a)(ii), within the period described in that paragraph, that period is extended until the appeal is finally determined or withdrawn.